The climb of a photographer and graphic designer : Mohamed Abdelhay. We will see how taking pictures with your mobile can be the foundation for quality graphic design work. We asked Mohamed Abdelhay some questions on his Instagram account @Mohamedabdelhay96. Mohamed Abdelhay said that pictures ,designs & photography is one of the most important arts at all if not the most important, especially that photography is the one that records the moments of history, and the genius of photography documents events with their authenticity, so if the image is not at the hands of a professional photographer, it may be interpreted. in addition to the ambiguity that may be marred by lack of professionalism, and consequently, the professionalism of the artist is an indispensable necessity.

Mohamed Abdelhay also said that If somebody tells me something, all kinds of images immediately pop up in my head, and when I see anything in the street that catch me I started to take some photos with my mobile camera and imagine how can I compose and manipulate this pictures to draw an imagination scene. Mohamed Abdelhay said He also finds inspiration in famous buildings and landmarks.

Mohamed Abdelhay said Before the computer era, the illustrations illustrated by hand were considered one of the strongest and most beautiful means of expressing the meaning of the printed material, but with the entry of the computer to the world of design, the illustrative designs became commercial in nature, moving away from the aesthetic side compared to those hand-drawn images, but some professional designers opened Their appetite for this type of technology and they produced the most powerful designs in the history of design, especially since the designer no longer needs to be a skilled painter to draw pictures by hand and add them to his design. 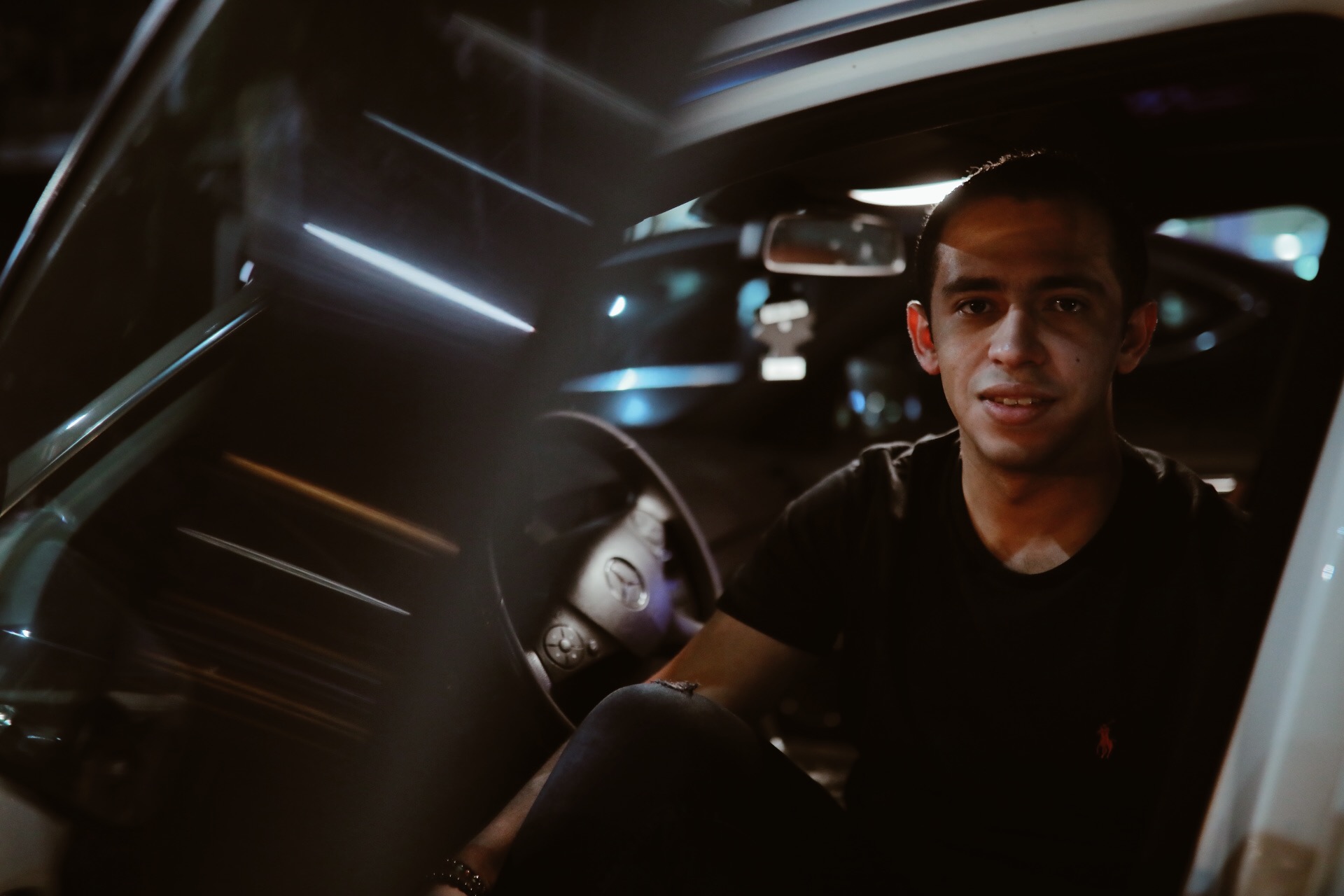 Once the shoot is done, Mohamed Abdelhay then begins to work on the background, using dodge and burn to get it ready for the placement pyramids. Once the pyramids is in place, And then corrects reflections, creates shadows Finally, we move on to color correction and some final details.

Mohamed Abdelhay also stressed that he does this without any money and for free in order to draw laughter and joy in the face of others by modifying their photos and restoring the past photos to the present and that he does not seek any exchange for money but rather he does this to exercise his talent because he loves design and Photography.

Mohamed AbdelHay stressed that the ideal image cannot be reached, as there is no ideal image from his point of view, especially that estimating things differs from one person to another according to his way of thinking, narrating and convincing him of things, appealing to photograph things or subjects to be photographed on their nature without the need to take care of their external appearance or Change its colors while trying to experiment with all the features of the camera with different pictures and places.

Visual originators give shading and life to any image. Graphic designers settle on the best method for getting a message across in print, electronic and film media with the assistance of shading, type, photography, movement, representation, and different print and design systems. They produce bundling and promoting handouts for items and administrations, and plan logos for items and organizations. They are additionally into planning material for Internet website pages, intelligent media, and sight and sound undertakings.

The shapes which once used to capture beauty in a paper, the artist made it a way of earning by introducing this art at a commercial level. Mohamed Abdelhay, 24, belongs to Egypt has raised his self as an effective graphic designer who got another inspiration to use the art of drawing which is delineating a smile on people’s faces by fixing their old pictures without any personal interest and benefit. He believes that “Pictures are not something to be only seen; yet, pictures are part of our memory and life”. To complete his purpose of helping peoples with his expertise as photographer and graphic designer Mohamed Abdelhay three years ago chooses Instagram as his campaign platform. Through this campaign people easily communicate with him to share their problems regarding the destruction of their precious life moments with old pictures. Then these peoples send him their old pictures and Mohammed helped them to restore their beautiful life moment by preserving those pictures.